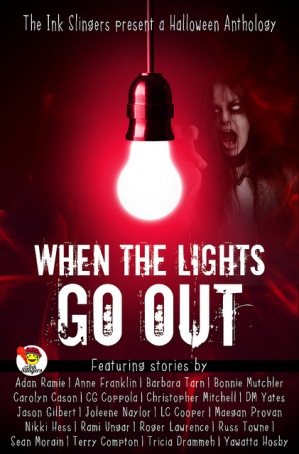 The Ink Slingers League is proud to present another anthology for your reading pleasure, and it’s just in time for Halloween!  A collection of twenty-five short stories from authors such as Tricia Drammeh, Joleene Naylor, Roger Lawrence, and DM Yates, When the Lights Go Out is chock full of thrills, chills, and mysteries.  And best of all, it’s free!

You can get your copy today at Smashwords, Barnes & Noble, Kobo, iBooks, and Amazon.

Sadly, I have no infographic for you today, but I hope you’ve learned a bit about book piracy and its effects.  I also hope that you’ve checked out some of the books I’ve shared this week and that, if you have, you’ll enjoy them.  I’ve got several on my TBR list that I can’t wait to get to.  If you’ve picked up any of these books, please review them!  Review them anywhere – on Amazon, Goodreads, even your blog.  Next to purchasing all their available books, a review is the best way to thank an author for the enjoyment they’ve given you. 😀

If you’d like to learn more about ebook piracy, you can check out our website.  It’s full of information and resources.  And don’t forget to enter the Rafflecopter giveaway for a chance to win a $20 Amazon gift card!

Even though I don’t have any more piracy stats for you today, I do still have free books to feature.   END_OF_DOCUMENT_TOKEN_TO_BE_REPLACED

That’s a heck of a lot of ebooks, especially when you consider how many ebooks are published in this country every year.  If you’re looking for something new to read, check out the free books below instead of pirating something else.  Help an author out!

To learn more about ebook piracy, check out our website.  And don’t forget to enter the Rafflecopter giveaway for a chance to win a $20 Amazon gift card!

END_OF_DOCUMENT_TOKEN_TO_BE_REPLACED 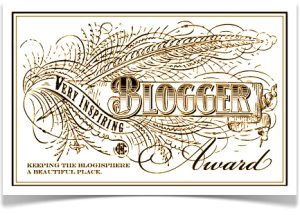 Several days ago, I was nominated for the Very Inspiring Blogger Award by the lovely and talented Katrina Jack.  This isn’t the first time I’ve been nominated for this particular award (you can read those posts here and here, and a list of my other blog award posts is here), but I’m just as flattered now as I was then. 🙂

I’m sure you all know how these things work – you thank your nominator, you share seven things about yourself, you nominate others.  I thanked Kate for the nomination in her post, but I’d like to give her another shout-out: There’s a list of books on Goodreads that are Hugo-eligible this year, and Kate’s book Land of Midnight Days is currently at number 6.  It’d be great if you’d hop over and vote for her – she’s a wonderful author and a fantastic friend, and she deserves all the recognition she can get. 🙂

And now, without further ado, the rest of it:

1.  In just over three weeks, I will be the same age my mom was when she died.  As my 31st birthday draws nearer, I find myself becoming more morbid.  This, of course, is a continuing trend, because my 30th year has been rather morbid in and of itself.  And come this time next year, I plan to have one hell of a party, assuming I survive 2015. 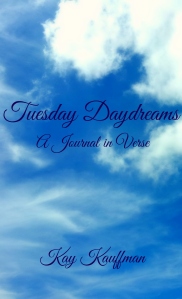 Authors to Watch is a great blog run by my good friend Tricia Drammeh that features books and authors of all stripes. Today, she featured Tuesday Daydreams: A Journal in Verse!  You can check out her post here.

But she’s not the only one who’s been talking about Tuesday Daydreams lately – Joleene Naylor and DM Yates have, as well.  Joleene’s post is here and Donna’s is here.

All three of these ladies are talented authors in their own right and you should be sure to check out their books as well as mine.  Tricia’s books include the Spellbringers series and Better Than Perfect, among others.  Joleene writes the Amaranthine books, where vampires and glitter don’t mix.  DM Yates writes fantasy novels and poetry, and you can find out more about her books here.

Make sure to spread the love, and check out all of these wonderful books today! 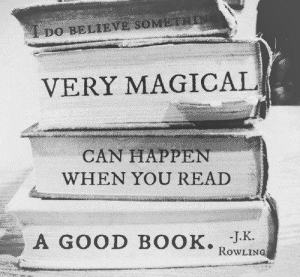 I was trawling through Facebook Friday and ran across some excellent words of wisdom from Lucas Hargis:

BUY BOOKS TODAY FROM YOUR COUCH
1. Go through your “Friends” list
2. If any are published authors, click their links
3. Buy their books
4. Help authors on Black Friday, too

I spent last week promoting books in anticipation of Black Friday.  There are so many great books out there, and this is a great time to pick up a whole bunch of them to either keep for yourself or share with others as Christmas gifts.  It was seriously hard to limit myself to the books I did promote, and, as evidenced by my last post, I completely failed at the whole limit thing.

But with tomorrow being Cyber Monday, I thought this would be the perfect time to collect all those posts into one big one, a sort of one-stop book-shopping list, if you will.  So, without further ado, a list of all the books I’ve featured this month and END_OF_DOCUMENT_TOKEN_TO_BE_REPLACED

Today’s featured book is Shades of Gray, the first book in Joleene Naylor’s Amaranthine series.  Nothing is black and white, not even vampires, and when Patrick is found dead in his apartment, Katelina is left in a vacuum of uncertainty with no leads. Then the enigmatic Jorick appears. In a single sweep he turns over the rocks of reality to reveal what hides underneath in the shadows; monsters that she thought only existed in horror movies.

Trapped in a nightmare, Katelina is forced to accept the truth of vampires; vampires who want her dead for her association with Patrick. Jorick saves the day, but what should she do when her hero turns out to be one of the monsters? Can she really trust – and even love – someone who isn’t human?

Caught between light and dark, Katelina and Jorick must travel down a path of mystery and terror as their pasts are slowly revealed and their passions ignite, in a world that smells like blood and tastes like fear.

Look for the action-packed sequel, Legacy of Ghosts!

So, what are people saying about Shades of Gray?  Well, Sharon Stogner, a reviewer for I Smell Sheep, says, “It is a different look at what it would be like to be in love with a vampire. More realistic.”  But if you’d like to see for yourself, then you’re in luck because once again, END_OF_DOCUMENT_TOKEN_TO_BE_REPLACED 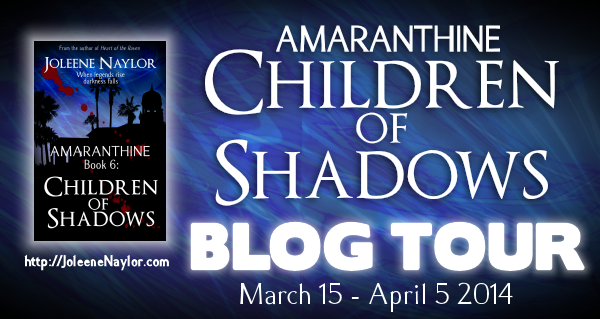 Today I’m proud to host my friend and fellow author, Joleene Naylor, as she tours the blogosphere promoting her latest Amaranthine novel, Children of Shadows.  She was kind enough to tell me why she writes about vampires, and some of the challenges she faces in doing so.  And stay tuned afterward – there’s a giveaway going on with some pretty awesome prizes.

Holy crap – I didn’t realize I just copied her words almost exactly till I glanced down just now. *sigh*  Oh, well – to the guest post! 🙂 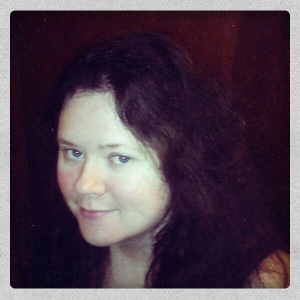 Hello! My name is Joleene Naylor, and I’m the author of the Amaranthine vampire series. I’d like thank Kay for hosting me today as I tour the blogosphere promoting my latest release, Children of Shadows.

A question most people ask me is why I write vampires. The truth is, it’s not the only thing I like to write. I’d actually like to do a fantasy series one day. But, right now I don’t have anything interesting to say in that genre. I don’t see any wrongs that need righted, or gaps that need filled, like I did with vampires.

END_OF_DOCUMENT_TOKEN_TO_BE_REPLACED 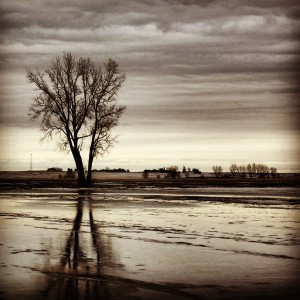 The weather’s been a bit wild lately.

So I’ve been away for a while (yes, I know, a week isn’t exactly an eternity, but since I usually try to pop in here every couple of days, it is a while).  I’ve been feeling a bit under the weather lately, so I haven’t been overly active anywhere.

But!  I can say that within the next week, I’ll have a couple of bookish-type posts going up, as I’m currently reading Snort and Wobbles by the talented Will Macmillan Jones.  Tadpole and Bubbles will be helping me craft a review, which I’ll post here as soon as we’ve finished.  Then on Monday, I’m hosting the lovely Joleene Naylor as part of a blog tour for her recently-released book Children of Shadows, the sixth offering in her Amaranthine series.

And as our weather has given us no end of crazy lately, I hope to be back to posting some more lousy haiku in the near future.  It’s not the only thing that’s crazy around here, but hopefully I’ll be back to my old self in no time, now that I’ve been to my doctor (again).  So, in the meantime, I hope you’re all lovely and that you have a fabulous week, and I’ll see you when I see you! 🙂