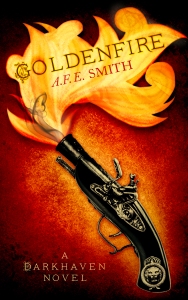 If you haven’t read Darkhaven or its sequel, Goldenfire, well, why the heck not? Darkhaven is an utterly amazing book, and you can read my thoughts on it here. Today I want to tell you about Goldenfire, which I’ve been talking about all week to anyone who will listen. It is that good. 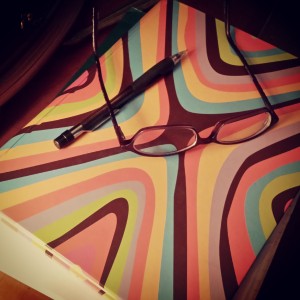 Don’t stop believin’.
Let it go.
Be true to your heart.
Keep on movin’.
I’m goin’ where my heart will take me.

What do these five things have in common, aside from being fantastic songs? They’re words that I find inspiring. But more than that, they’re words I hope to live by in 2016.

Two more days. In two more days, I’ll be 32. While I officially surpassed my mother’s age back in August, it’s really just hitting me now, as I approach the first birthday she never reached. Perhaps this all seems a bit self-indulgent, but for some reason, I’ve always thought I would leave the world like she did – young, and with things left to do. There was – is – so much I want to accomplish before I die, and END_OF_DOCUMENT_TOKEN_TO_BE_REPLACED

The north wind rages
As the sun goes down, fury
Blanketing the world

In white, each icy
Shriek frosting hill and dale as
Night descends again.

If only Night had not
Yet come, then Wind and Sun would
Be together still.

If only Night would not
Stay long, then Wind and Sun could
Be reunited.

But for now, the wind’s
Icy tears still fall, blinding
All who brave the night.

A beautiful sunrise is a great way to get the day off to an optimistic start. 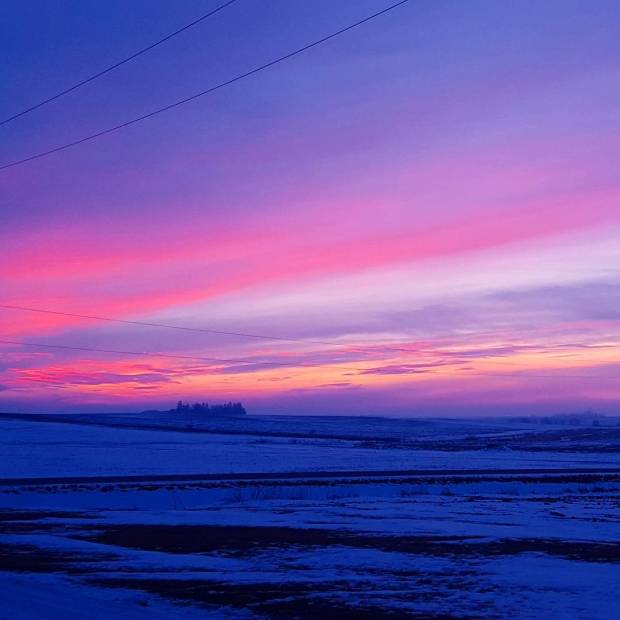 What keeps you optimistic? 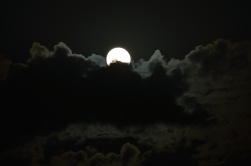 Darkness brings with it
The return of my doubts, my
Fears. No matter what

I tell myself in
The daylight hours, they will not
Be silenced. Ev’ry

Night they come, for now
And forever, nor will they
Be banished from my

Door. Like the owl
Outside my window, they will
Never, ever leave;

Their raucous hoots and
Howls haunt my ears, driving
Me slowly insane. 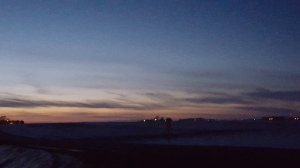 Holy buckets, is it cold out there! How cold is it?

It’s so cold that I passed a bunch of penguins on my way to work this morning. 😀

The worst part is that this is an improvement from the weekend. *sigh*

Meanwhile, I’m busy playing catch-up on pretty much everything after taking care of two sick kiddoes last week, so please excuse my probable absence here this week. In addition to catching up on stuff, I’m also in the midst of reading a fantastic new book. Have no fear – I’ll share my thoughts once I’m finished! It’s a book I’ve been looking forward to reading for some time now, so I suppose I’d better get back to it while I still have a few minutes to spare. 😉

Have a great day, everybody, and in case I don’t see ya, have a great rest of the week as well! 🙂 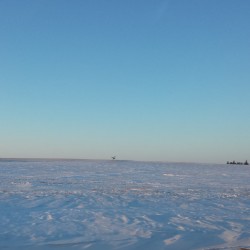 Once again, the world
Is created anew, soft
And white, clean and bright,

A wondrous sight to
Behold. The stillness, the peace
Of this brand new world

Fills me, surrounds me,
Bringing with it joy and warmth
To dispel the cold.

‘Tis a fine new world,
And a beautiful home for
The brave and the bold. 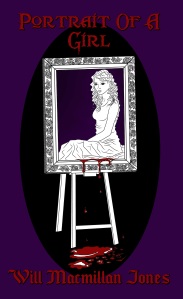 It’s been a while since I’ve kept track of the books I read in a year, but I signed up for a Goodreads challenge last week. My goal: read eighteen books this year. I figured one book a month wouldn’t be too terribly difficult, and I could maybe squeeze another six in around them. It feels like a cheat; in the old days, I could’ve read eighteen books in a matter of weeks. But now?

Such book binges are a pipe dream.

I’m well on my way to meeting my goal, though. In the past week, I’ve knocked out two books, and I have three more lined up and ready to go. Then there’s that plot book I’ve been meaning to read…

But today I want to tell you about Portrait of a Girl by Will Macmillan Jones. You may remember him from such reviews as The Showing and Snort and Wobbles and The Banned Underground books. It’s no secret I’m a huge fan, or at least it shouldn’t be, and I wasn’t disappointed with this latest book:

Does lightning ever strike twice? It would seem so for the unfortunate Mister Jones. After a harrowing encounter with the paranormal in The Showing, once again he again finds himself in mortal danger on the borders of that shadowed world.

An antique painting holds a strange fascination for him – and others. What does the girl in the portrait want from Mister Jones and from the others who become entranced by her beauty? And can she be stopped before she unleashes her ancient evil into our modern world in a lake of blood?

‘Portrait of a Girl’ is the second in the collection of Mister Jones paranormal mysteries.

This story engaged my attention at once; I sat down to read this story and finished it in a single sitting. The further I read, the more difficulty I had in putting it down for such trivial things as food and sleep. Like any good tale, the tension grew steadily right to the very end, and I’m fairly certain that the goosebumps on my arms throughout my read had as much to do with the story as they did with the cold breeze sneaking in around my window.

If you’ve read The Showing, you’ll be pleased to see some familiar faces in this tale, as well as some new ones. And if you’re like me, you’ll be keen to reread the pair of them until the next in the series comes out!

Check out Portrait of a Girl today – you won’t regret it! 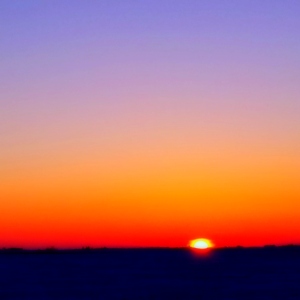 The pale blue sky is
Ablaze in crimson glory
As the sun nods off.

The pale blue sky is
Quite often anything but
Pale, never mind blue.

Somewhere out there lurks my driveway, and my road, and my neighbors' house... #snowday #Iowa #countrylife
Another beautiful morning. Too bad the sunny skies didn't last... #sunrise #simplepleasures #outdoors #countrygirl
And this is why diets don't start on Thursdays. 😂😂 Happy 2020!
Tea is best when shared. #traditions #family #friends #simplepleasures
I'm #thankful for moments like this. ❤❤❤
If only I were still here in Storyland... #amwriting #mondayblues