A while back, I had the good fortune to participate in a book launch for fellow Iowa author Stormy Smith. Today she’s back to tell us more about herself and her books.

Hi, Stormy! What can you tell us about yourself? 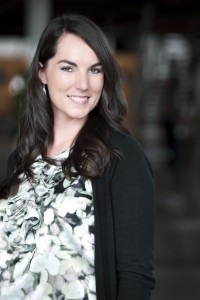 I am 33 and live in a suburb of Des Moines with my husband and two cats. I met my husband three months into our freshman year of college and we have been together for fifteen years this year! I work a day job and am currently pursuing my Masters degree from Drake University.

I love hot tea, dark chocolate and all things salty! I have a marketing background, have always read fantasy and wish every day that Iowa was on a coast.

At times like this, I wish it was on a southern coast. 🙂 And the Bound series?  What’s it all about?

The Bound series is all about finding yourself and becoming the person you were meant to be. I intentionally chose to write in the new adult age range because I feel like that 18-22 timeframe is when you experience freedom (both the good and the bad of it) for the first time. I wanted to remind my older readers what that time was like, and give true YA a preview of what was to come. I wanted to provide an outlet that showed them you could still make some wrong choices and come out on the other side if you leaned on your family and friends to help get you through.

The story itself focuses on Amelia Bradbury, a girl who knows she has magic but has always been told she has to control it and keep it in check. She’s given a brief few years to go to college and live her own life before she’s supposed to fulfill her end of a betrothal. During that time she finds her first best friend, a sassy southern girl named Bethany, and her first crush – Aidan. Her magic also starts to grow and become something out of her control. As Amelia learns more about the truth of her power and who she’s meant to be, she has to decide if she’ll follow her heart or fulfill her duty to her people.

What about Bound by Prophecy? 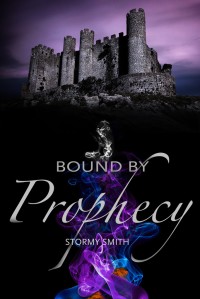 Bound by Prophecy is book three in the Bound series. This first trilogy in the series is a complete story arc, but I’ve left doors open to continue to world. In this book you will learn the true origin of the Immortals and see the culmination of my characters’ growth. I put a lot into my secondary characters and they are just as crucial to the storylines as Amelia and Aidan.

Who or what inspired you to write it?

END_OF_DOCUMENT_TOKEN_TO_BE_REPLACED

Today was definitely a Monday.  Luckily, the good outweighed the bad, and on balance, I’d have to say today was a good day, despite the rocky start this morning.  I got to celebrate my niece’s birthday with pizza and brownies, and when I got home tonight, I found a package of pogs waiting for me in my mailbox, and I was featured on Simon Goodson’s blog! Pretty fantastico, don’t you think? 🙂

Simon has a new interview feature called The Seventh Question, and I’m thrilled to have been asked to take part.  Head on over and check it out, and then catch up on the rest of the series to learn more about Mark R. Hunter and Joleene Naylor.  You’ll be glad you did. 🙂

Today I have with me Robert Eggleton, author of Rarity from the Hollow, here to tell us about himself and his work.

KK: So, Robert, tell us about yourself.

RE: I would love to tell your readers rags to riches story, Kay, but the best I can do is a rags to almost middle income story. In 1951, I was born into an impoverished family in West Virginia. I started paying into the U. S. Social Security fund at age twelve and dreamed of a brighter future for my family.

In the 8th grade, I won the school’s short story contest. “God Sent” was about a semi truck driver so consumed with theological debate that he caused a terrible accident. As it often does, life got in the way of my dream of becoming a writer. Except for a poem published in the state’s student anthology and another poem published in a local alternative newspaper, my creative juices were spent writing handouts for civil rights and anti-war activities.

After earning an MSW in 1977, children’s rights and protection became my cause. I focused on children’s advocacy for the next forty years. In 2002, I started a job as a psychotherapist at the local mental health center, and five months ago, I retired from my job so that I could write and promote fiction. It wasn’t a clean escape though. I had to make a deal with my conscience. Author proceeds have been donated to a child abuse prevention program.

KK: And Rarity from the Hollow?  END_OF_DOCUMENT_TOKEN_TO_BE_REPLACED

With me today is W.R. Gingell, author of the fabulously entertaining Spindle.  Read on to find out more about the author, and then stay tuned because tomorrow I’ll be reviewing the book!

WRG: I’m a Christian, a Tasmanian, and a lover of anything to do with bacon. I have a rather hobbitish Hubby (and the photos from Hobbiton to prove it!) and one lovely little dog who knows it’s a lost cause to beg food from me but still tries anyway.

I love jigsaw puzzles and knitting, and though I love my violin I do NOT practice as I ought to practice.

The word most often used to describe me when I was growing up was ‘dreamer’, though with my parents, the phrase ‘off with the fairies’ was probably more often used.

KK: I’m the exact same way with my flute.  I love it, but it spends most of its time lying lonely and sad in a cupboard. *sigh* 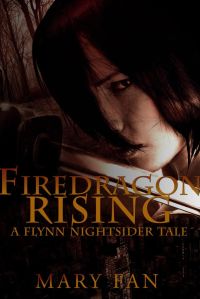 Today I’ve got an interview with Aurelia, a character in the book Firedragon Rising by Mary Fan.  Let’s see what she’s got to say, shall we?

Why do people call you “the Firedragon”?
Because in this world, monsters are given straightforward names that are mishmashes of words, like bloodwolf or fleshsnake. And I’m so good at fighting that to them, I’m the monster. I don’t know exactly who came up with the nickname, since by the time I heard about it, everyone was already saying it behind my back. Best I can guess is that it’s because I fight like I’m on fire, and I’m scary like a dragon. But also one of the good guys. I like to think that dragons aren’t like regular monsters—they’re good monsters. But no one’s ever seen one, so I don’t know. I think they’re actually myths.

What’s going on in your life?
School, of course. But it’s not a regular school. I’m a Cadet at the Academy of Supernatural Defense, which means I study how to fight monsters. You know, what kinds there are, what their weaknesses are, what weapons work on them, and where they like to hang out. But only half my day is spent on the classroom stuff. The rest is for training. Except when there’s a monster near the Capital—then I’m sent to gank it.

What kind of training do you do?
What do you think? How to kill monsters! Since there are so many kinds out there, you’ve gotta be good at a lot of different types of combat. You can shoot some of the monsters with a gun, but most have super-healing powers and will just regenerate. Arrows work on some of them, since the monster can’t heal around the shaft. Personally, I like stabbing weapons the best, because all monsters are vulnerable to silver blades. Double swords are my favorite.

What’s the most dangerous monster out there?
END_OF_DOCUMENT_TOKEN_TO_BE_REPLACED

Happy Monday, everybody!  It’s a great Monday, isn’t it?

If you said no, then prepare to have your mind changed, because today I’ve got with me Laura Liddell Nolen, author of the fantastic book The Ark.  So kick back, relax, and let’s talk books!

KK: Tell us about yourself.

LN: Hi! Thank you so much for having me! I do love your site. I’m a sci-fi/fantasy fangirl turned writer. I grew up in Mississippi, and I live in Texas now. The Ark is my first book.

KK: And The Ark?  END_OF_DOCUMENT_TOKEN_TO_BE_REPLACED

Today I’m interviewing A.F.E. Smith, author of Darkhaven and illustrious spymaster for the Alliance of Worldbuilders.  After all, no one ever suspects the robin…

KK: To take a page from your book, tell us a bit about yourself – any illogical fears, unusual birthmarks, whether you’d rather wrestle a bear or punch a shark, that kind of thing. 🙂 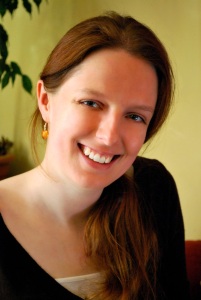 A.F.E: I’m a professional editor, a whenever-I-can writer and a mother of two young children. I’m also an occasional robin.

Illogical fears I have aplenty, including moths, spiders and other assorted invertebrates. Then there’s drowning … I hate the idea of drowning … and blood and heights and being buried alive. Oh, and mould. I hate mould. But other than all that, I would make a perfectly good fantasy hero.

Rather than a lightning-shaped scar on my forehead, I have a large orbicular birthmark on my knee. In other words, I have a great big freckle. Still, that’s got to mean I have a Destiny, right?

I would never wrestle a bear, or punch a shark. I am a vegetarian and therefore coexist peacefully with all living creatures, except those that have a tendency to crawl around on my walls.

KK: What about Darkhaven? What’s it all about? 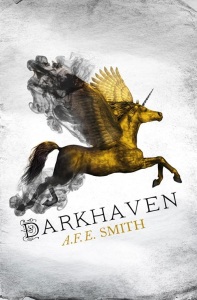 END_OF_DOCUMENT_TOKEN_TO_BE_REPLACED

Today I’m being interviewed at Kev’s Great Indie Authors.  We talk books and cover design and inspiration and all things writing!  There’s even an excerpt from A Song for All Seasons.  It’s a lot of fun, and I hope you’ll check it out. 🙂

Today I’m being interviewed by the wonderful Susan Finlay.  We talk all things writing, so if you’d like to find out more about my books and some of the other kinds of writing I’ve done, be sure to check it out!

And don’t forget to check out Susan’s books.  She’s got three mystery series going, one of which involves time travel, and I can’t wait to check it out. 🙂

That’s right, I’m a guest on someone’s blog again.  This time, I’m being interviewed by Aurora Jean Alexander over at the Writer’s Treasure Chest.  She’s got lots of great stuff up there, so I hope you’ll stop by and check it out.  Toodles!