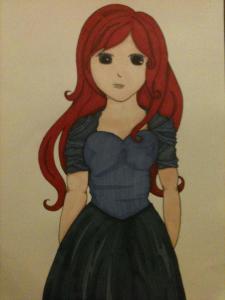 If you follow me on Facebook, you’ll know that I was tagged in another writing game by my friends Afe Smith and Valerie Willis.  The idea for this one is to share the first sentence from the first three chapters of your current WIP.  I chose to share three lines from The Price of Mercy (Book One of the Lokana Chronicles) and it’s sequel, Fog of War (Book Two of the Lokana Chronicles).  As always, titles – and lines, for that matter – are subject to change because, well because I’m a writer (read: perfectionist) and I’m my own worst critic.

Chapters One, Two, and Three of The Price of Mercy start out like this:

1. Dirty tears carved grooves through the layers of grime on the poor farmer’s face as he fought and lost the battle for his dignity.

2. Vegin pulled the rough brown hood lower over his eyes as he sauntered through the dusty marketplace.

3. She ambled down the steps, lost in thought.

1. Anna Martoka snuggled into the embrace of her fiancé, John Briant.

3. Anna stumbled on a tree root.

I have yet to revise (for the dozenth time) FoW, as I’m currently stuck on revisions for TPoM.  But I’m up to Chapter Six now, which is huge progress, given that Chapters Five and Six did not heretofore exist.  I still have a lot of work ahead of me with these books, but hopefully I’ll be able to finish revisions by the end of the year and start querying again in January (I know, I know, I’ve said that the last couple of years, but this time, I’m gonna make it happen).

And who knows?  Maybe this time, I’ll catch someone’s eye…

What are you working on at the moment?