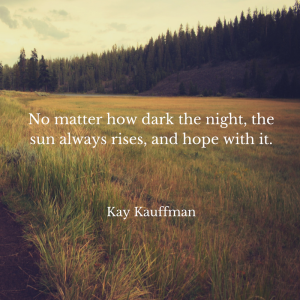 Not much is new here, except that the news keeps getting worse, which is why I’ve been avoiding it. In the meantime, I’ve been continuing my rewatch of Star Trek: Voyager. I’d put it on for background noise when I was working from home, and it kept me awake through forty long hours of assembling my annual family photo album, and I had hoped it would have a somewhat comforting effect. This show got me through my particularly turbulent teen years, and given that this particular moment in time is nothing if not turbulent, I had hoped it would be able to get me through this period of enforced isolation as well.

And it has…sort of. I started season five this afternoon. I made it through the first three and a half seasons with incredible speed, but this past week, I hardly watched it at all. I was too busy with my other projects, and watching TV while working just wasn’t feasible.

But over the past two days, I’ve rewatched some really good episodes, and I’m struck by how relevant they still are, even twenty years later. For instance, I’m currently watching the season five premier, “Night,” which sees our intrepid crew traversing a starless area of space on their journey home. The episode begins with Tom and Harry in the holodeck, running Tom’s Captain Proton program (I absolutely adore the Captain Proton episodes and I really wish there had been more of them). Dr. Chaotica, the villain of the program, is demanding that Earth surrender to his Space Force, and I couldn’t help thinking of someone else we all know and…well, someone else we all know, who is nothing if not chaotic. And there was the season four episode, “One,” which sees our valiant adventurers put into stasis for a month as the ship travels through a particularly nasty nebula, with only the Doctor and Seven still conscious. In the end, Seven is alone – the Doctor goes offline, and she’s the only one left to care for the ship and the crew.

Not unlike a lot of us in that regard.

But throughout the series, the crew stubbornly maintains their hope of returning home within their lifetimes even in the face of insurmountable odds. Tomorrow begins a new week, and I can be as stubborn as a Klingon if I have to be. Like the Voyager crew, we’ll get through this. We have to, and we’ll need to cling to hope in the meantime. We’ll all have to be as stubborn as Klingons in holding onto hope if we want to make it through this.