I was tagged in this bit o’ fun by the awesome Justine Manzano, a fellow legal secretary/writer/geek/mom to whom Twitter was kind enough to introduce me.  (I seriously love making new friends.)  It was supposed to have gone up on Monday (the 15th).  Yeah, that didn’t happen.

Justine Manzano is a multi-genre writer living in Bronx, NY with her husband, son, and a cacophony of cats. Her short fiction has appeared in the anthology Things You Can Create, Sliver of Stone Magazine, and The Greenwich Village Literary Review.  She maintains a semi-monthly blog at JustineManzano.com and a twitter account where she discusses her adventures in juggling aspects of her life such as motherhood, writing, and the very serious businesses of fangirling and multiple forms of geekery. She works as a fiction reader for Sucker Literary Magazine and is currently searching for a publishing home for her YA Urban Fantasy series, Keys and Guardians.

The first book in Justine’s series is called The Order of the Key.  What’s it about?  So glad you asked!  Here’s the blurb:

Jacklyn Madison has a thing for heroes. She reads about them, watches them on TV, and would very much like to become one. When a monster makes an attempt on her life she discovers she is one – the long lost member of The Order of the Key, a group that protects humanity from creatures that come through interdimensional rifts. It’s all fun and games until training for her duties reveals the Order’s out of touch views – Keys, like Jacklyn, are protected while Guardians, like the rest of her family, are expendable. As she rails against their value system, she finds herself in the center of a power struggle between the group’s leader, Lavinia, and her idealistic son, Kyp – the boy Jacklyn likes. Worse, Kyp’s attempts to protect her only entangle her in a mire of deceit. Viewed as a target on one side and a weapon on the other, Jacklyn must find a way to protect the people she loves and decide what kind of hero she’s willing to become. Filled with action, romance, and paranoia, The Order of the Key is an edgy Young Adult Contemporary Fantasy novel that is currently searching for a home with an agent.

I love the name Lavinia.  It’s so pretty and old-fashioned. 🙂

And now it’s my turn!  Here to answer a few questions about himself is the main character from my currently-being-revised-for-the-billionth-time fantasy novel, the first book in my series, The Lokana Chronicles.

What is your name? Are you fictional/historical?
I am Vegin Martoka, Crown Prince of Lokana and loyal servant of Kiala, the only son of Tol the Terrible.  But I am nothing like my father.  Ask anyone.  Well, anyone but my brother-in-law, Ghrelin.  He’s biased.

The only thing fictional about me is the stuff Ghrelin feeds his followers.  But, as I said, he’s biased.  I have my father to thank for that. *sigh*

When and where is your story set?
Why, in Lokana, of course!  Where else would it be set?  We occasionally venture out to Tobali, and sometimes to Tirona, or Digorscha, but even they lie within my realm.  If you listen to rumor, which I try to avoid, then you’ll know it’s been whispered that someone in my family seeks asylum in the fabled land called Arkona.  But of course, everyone knows Arkona is nothing more than a myth, a legend.  It doesn’t really exist…does it?

And what do you mean, when?  It’s set now.  When else could it be set?

What should we know about you?
The most important thing you should know about me is that I am nothing like my father.  Or my mother.  Or any of my other relatives, for that matter.  Well, perhaps I am a bit like my great-grandfather.  I’d have liked to known him – from what my tutor tells me, he was truly a great man.  I am in love with the most beautiful girl in the world, an Outlier named Lipei.  I want to change the world, and I know I can do it, with Lipei’s help.

What is screwing up your life?
My parents, of course.  I mean, you can’t really expect much good to come from a man known far and wide as Tol the Terrible, can you?  I think he actually prides himself on this epithet.  And my mother is as empty-headed and self-absorbed as they come.  Neither one of them can see the harm they’re inflicting on our kingdom.  Or, if they do see it, they just don’t care.

Ghrelin’s no better – he tried to talk his father out of approving my marriage to Lipei.    Lucky for me, his father has little time for bullies, even if that bully is his son.

What is your goal?
My goal is to bring peace and unity back to my kingdom.  It existed before, and I am sure that it can be that way again.  If we all work together, I know we can achieve unity.  We can achieve peace.  We can accomplish anything we put our minds to, so long as we work together.

Say, that’s not a bad speech…  *scribbles notes down for future reference*

What is the title of your book?
My book?  I have lots of books – after all, a prince should be well-read.

Oh, you mean there’s a book about me?  I’m in a book?  Well, fancy that.  In that case, I suppose The Price of Mercy would be a fairly appropriate  title.

So, when will the book be published?
Your guess is as good as mine.  It would probably help if the story were finished first.

Now to share the love and introduce you to some other fabulous authors! 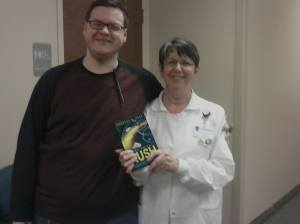 Gregory A. Hart lives in South Central Kentucky, about an hour’s drive from the cities of Bowling Green and Louisville.

He started writing when he was a kid and when he took a creative writing class in high school, he fell in love with it. He took up writing full time in the summer of 2006. Writing is now part of him and is in his blood.

When  you don’t see a pen in his hand, you’ll see him either reading, spending time with his two Pomeranian dogs or with his mother. If he’s not doing that, he’ll be next to a music player, listening to all types of music. His favorite is
Irish Music (Celtic Woman or Celtic Thunder). 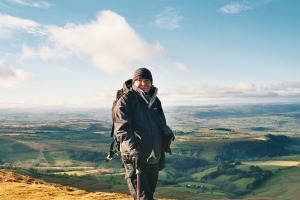 Will Macmillan Jones lives in Wales, a lovely green, verdant land with a rich cultural heritage.  He does his best to support this heritage by drinking the local beer and shouting loud encouragement whenever International Rugby is on the TV.  A fifty-something lover of blues, rock, and jazz, he has just fulfilled a lifetime ambition by filling an entire wall of his home office with (full) bookcases.  When not writing, he is usually lost with the help of a satnav on top of a large hill in the middle of nowhere.

His major comic fantasy series, released by Red Kite Publishing, can be found at www.thebannedunderground.com and information on his other work and stuff in general at www.willmacmillanjones.com.

There’s a blog.  There’s always a blog, isn’t there? www.willmacmillanjones.wordpress.com

Katie Doyle is an avid reader, writer of Young Adult fiction, a mom to two tornadoes that resemble an eight and five year old, and pet to a tuxedo cat named Oz and a German Shepherd/Boxer rescue named Charlie. If she’s not reading, writing, or getting Oz out of a tree, she’s staring out the window daydreaming about magic and mythical creatures.

3 thoughts on “A belated stop on the Main Character Blog Hop!”