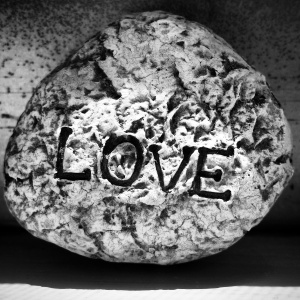 We’ve been doing a lot of work on houses lately.  Last weekend (not this past weekend, but the one before it, the weekend of Father’s Day) we painted our old house because our deal fell through and people who’d looked at it before thought it was too much work to fix (although what’s so hard about hiring someone to side it once you’ve bought it is beyond me).

Anyway, it’s a three-story house.  We painted it in a single day.

Now you know why I’ve been so tired lately and so behind on so many things.  I have a whole post (complete with pictures!) that I want to write on the topic, and maybe I’ll get it done in the next couple of days.  But this isn’t about that.

This is actually about all the work we’ve been doing on our new house.

We haven’t done as much to the new place as we’d hoped to have done by now, primarily because we haven’t sold our old house yet.  So far, we’ve connected to rural water (No more smelly well water!  Yay!), we’ve replaced the water heater that crapped out on us at the end of April, we’ve installed a new washer and dryer, and Seymour has built a new bathroom down in our basement.  It’s not quite functional yet, but we’ve been so busy that he hasn’t had time to finish working on it.

We also filled in an old well and two cisterns last fall, something we thought was a great idea.  Now the kids can play in the yard without us worrying that they’ll fall through rotting boards and drown (seriously, that well was so deep that it took three full dump trucks full of sand to fill it up, and even then there was a dip in the yard that we had to fill with dirt).

There’s just one problem: one of those cisterns was right next to the house, and now we have water in our basement.

It’s been raining a lot.  Like, a lot a lot. And all that rain is draining through all the sand in the old cistern and seeping into our basement.  We had puddles over the weekend and, while Seymour was working in the mud room, trying to hook up the washer and dryer, there was a loud pop.

When he went to investigate, he discovered a crack in the floor and a tiny little fountain from where the water had pushed up from beneath the house.

The plan had been to pave over the cistern next to the house.  We had to destroy a pretty brick patio in order to get to the cistern, so we wanted to replace it with a slightly bigger, equally pretty new patio, hence the sand filler (otherwise we’d have filled it with dirt).  But since we haven’t sold our house and patios are expensive, we haven’t gotten around to it yet.  Once we do, we won’t have this problem anymore, but what to do in the meantime?

I suggested we tarp off the area, but we didn’t have a tarp big enough (or without holes).  Seymour went and bought one, and we spent Sunday putting it in place.  First we had to dig up the bricks around the edges of the old cistern and then Seymour spread the mound of sand out so that everything was flat.

As we were digging, he noticed a little bit of rock in the mud.  Seymour dug it out and cleaned it up a bit, and we saw the word Love carved into its craggy face.  A rock like that was too pretty to be casually buried, and it started me wondering about its giver and its receiver.  All kinds of scenarios spun through my head, from gifts from long-lost lovers to cherished trinkets accidentally misplaced, and I wondered if my guesses about its origins were anywhere close to the truth.

There’s no way to know, of course, but this unexpected little find did get my creative juices flowing again, and it made my day.  I smile every time I see that pretty little rock. 🙂

Anyway, after that, we built up a little ledge with some of the bricks and made a little ramp with a sheet of plywood to funnel the water away from the house.  Once all that was done, we laid the tarp and put bricks around its perimeter to hold in place.  Our basement is dry now, thank goodness, and I hope it’ll stay that way till we get the patio replaced.

And now, if you’ll excuse me, I have a story to write that needs a love rock… 😀